Viewer Project - By Jeremy Vore from Skandia
Added on August 13, 2015 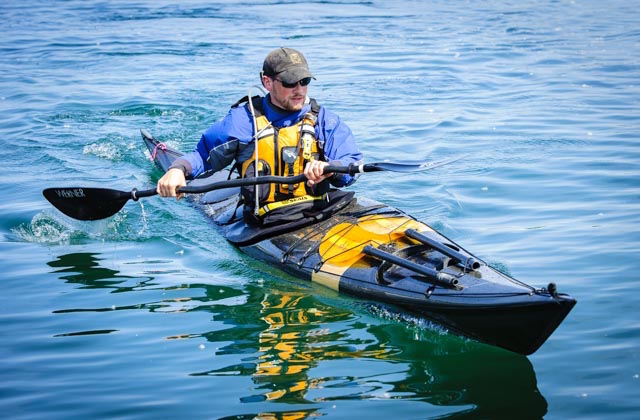 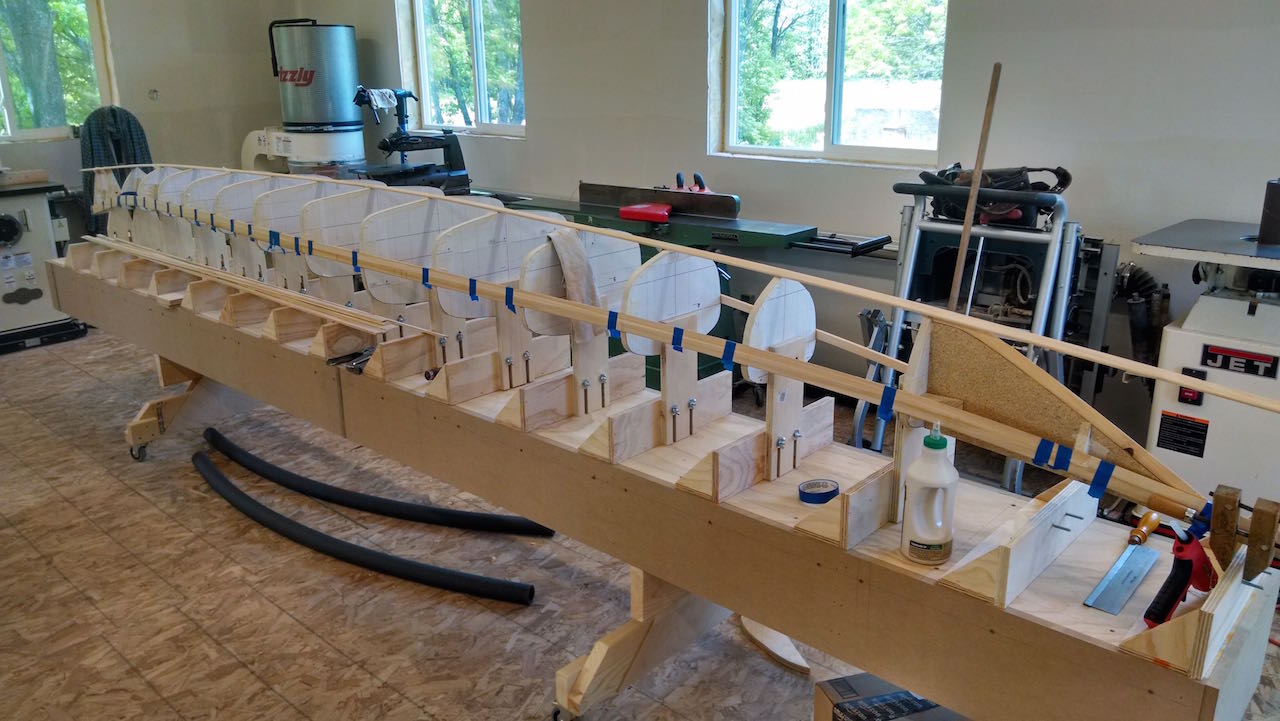 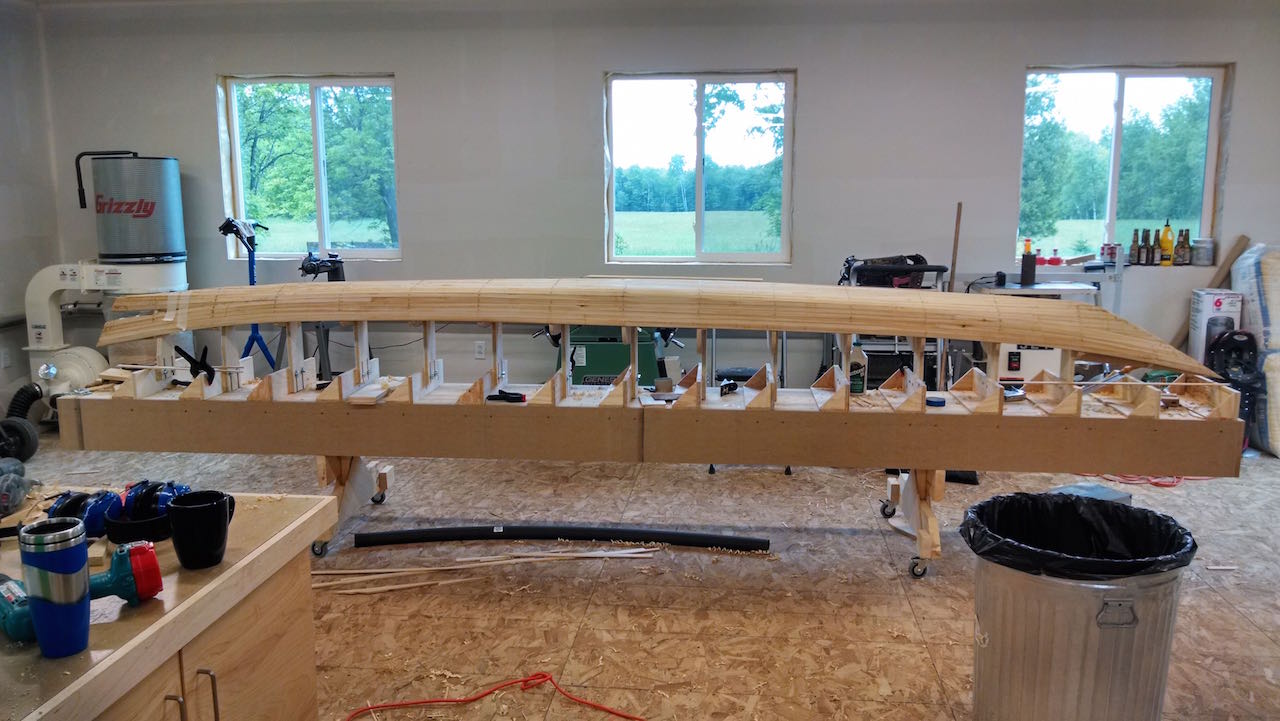 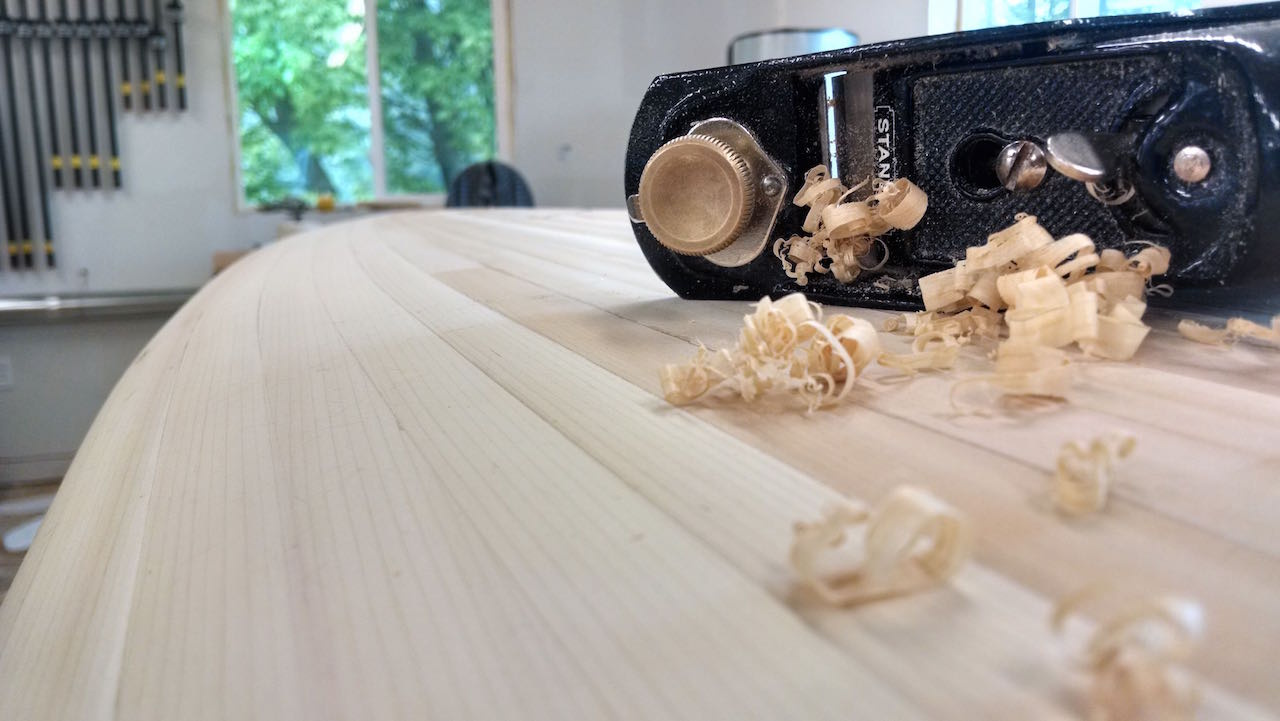 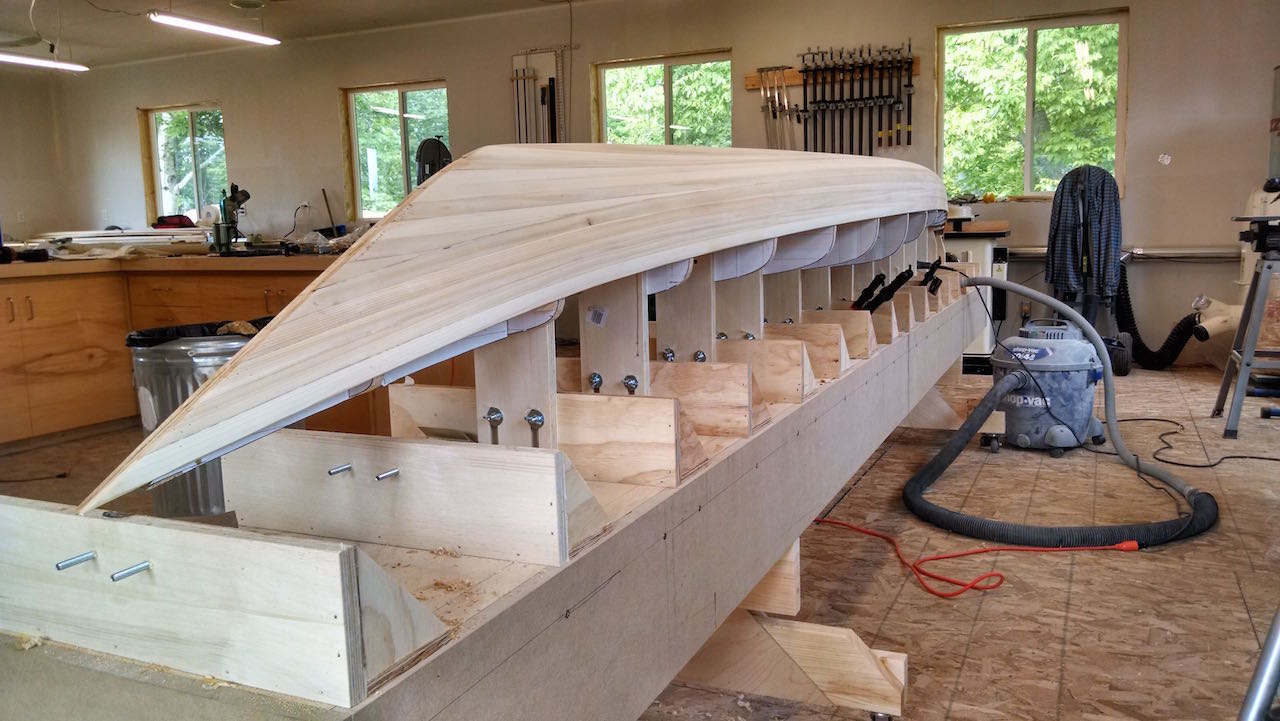 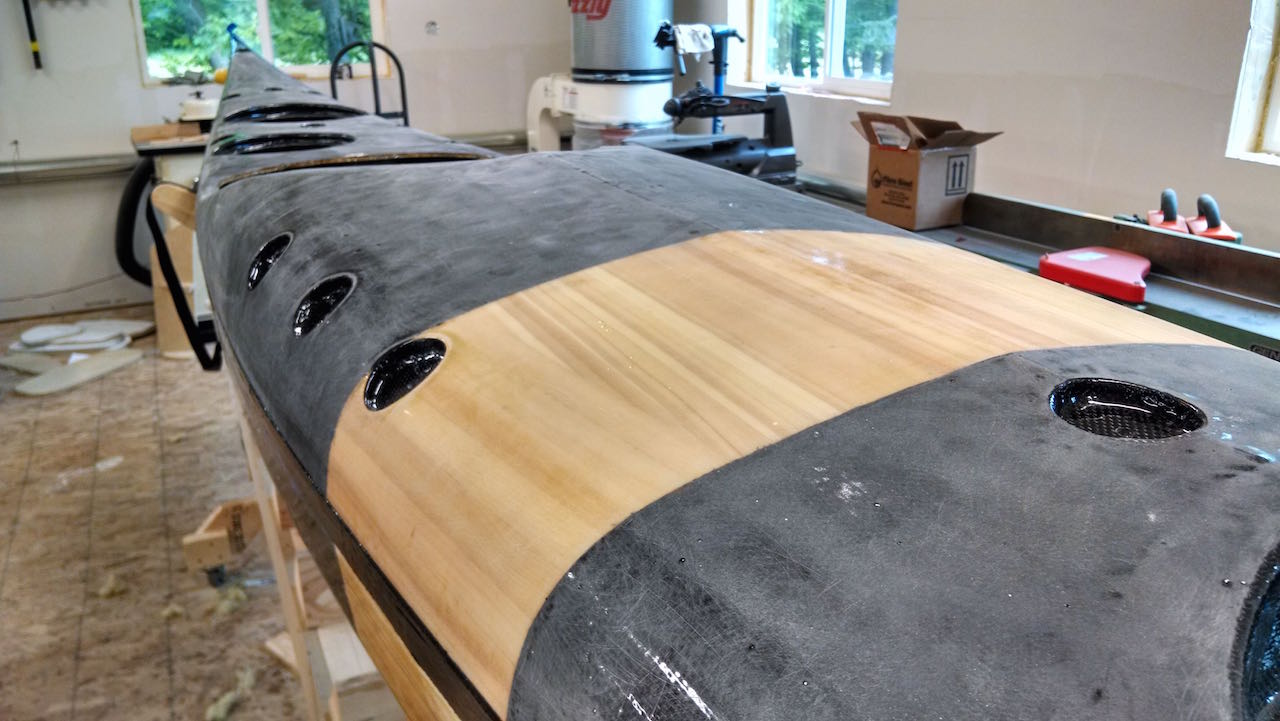 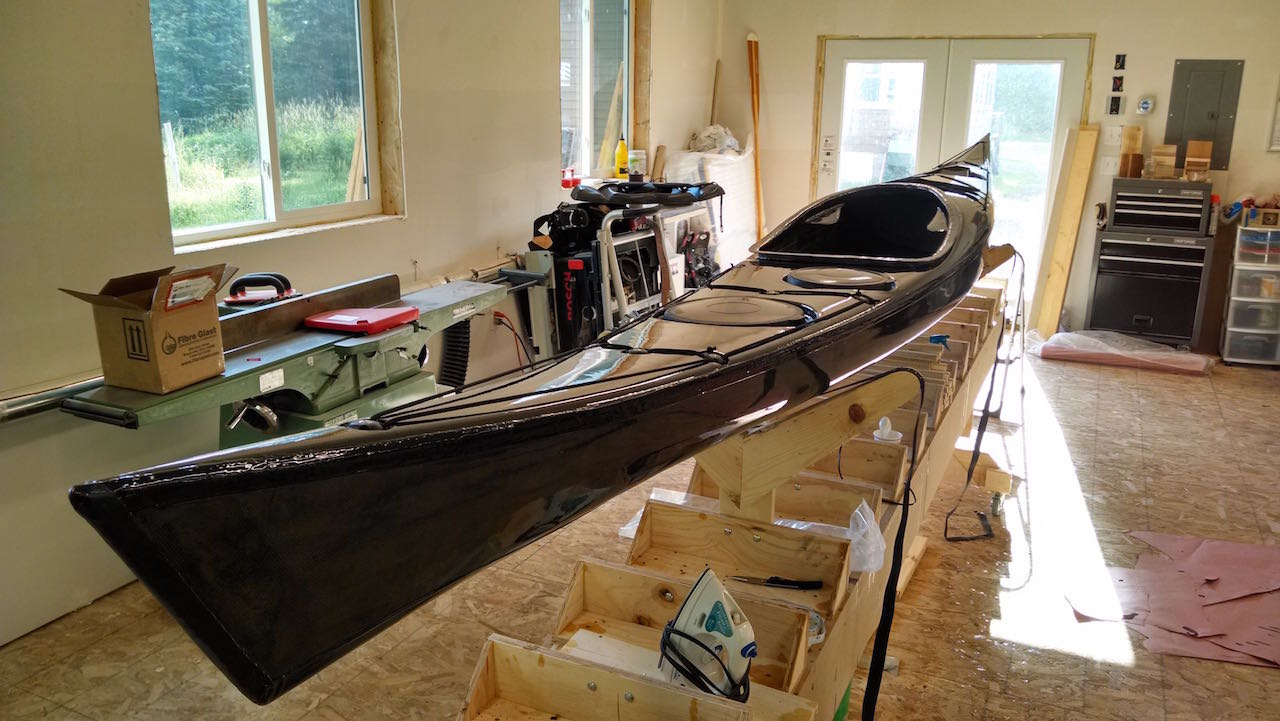 I’ve been a woodworker for many years, but I’ve been a sea kayak paddler and instructor for many more. I started paddling when I was 14 in the early 90s and became an instructor a few years later.

After 22 years in the industry as an instructor, a consumer, and skilled composite repair guy, I have some pretty definite ideas about what makes a great paddling kayak and designed a few different hulls. Unfortunately, the cost of building a plug, building the molds, and then building a regular composite sea kayak were too high.

So, since I have a woodshop, I decided to build my designs in cedar core on forms.

The first hull is a 16 foot play and day boat that surfs like a demon, spins on a dime, handles rough water beautifully, is neutral in winds up to 25 knots, and still has the speed to keep up with longer expedition-oriented boats. In short, it’s my ideal all-around kayak for day and short weekend paddling.

1/4″ bead and cove cedar strips were laid on the forms, followed by careful fairing and glassing. The boat was built in two sections, the hull first and the deck second.

It’s really a composite boat with a wood core, as are all cedar strip kayaks. This one has layers of carbon and 6 oz glass on the exterior with carbon/Kevlar on the interior. Deck line, hatch, and compass recesses, coaming, etc., are all carbon and glass, and the boat has three bulkheads and a footpump.

Total weight, including hatches, seat, bulkheads, footbraces, etc., is 50.3 pounds. That’s about 10 pounds lighter than a typical composite boat, but even so it’s stronger and more durable than anything else in my fleet.

During a full season of teaching and personal paddling in everything from flat water to 7 foot seas and 30 knot winds, she’s been impeccable.

7 comments on “The Artifact Sea Kayak”