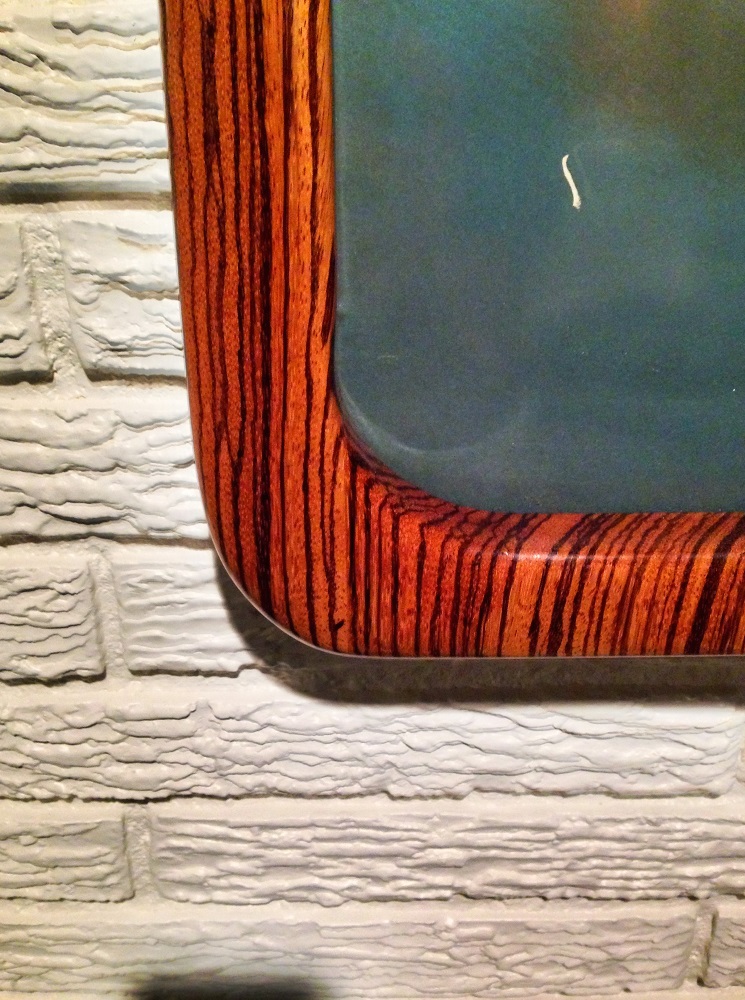 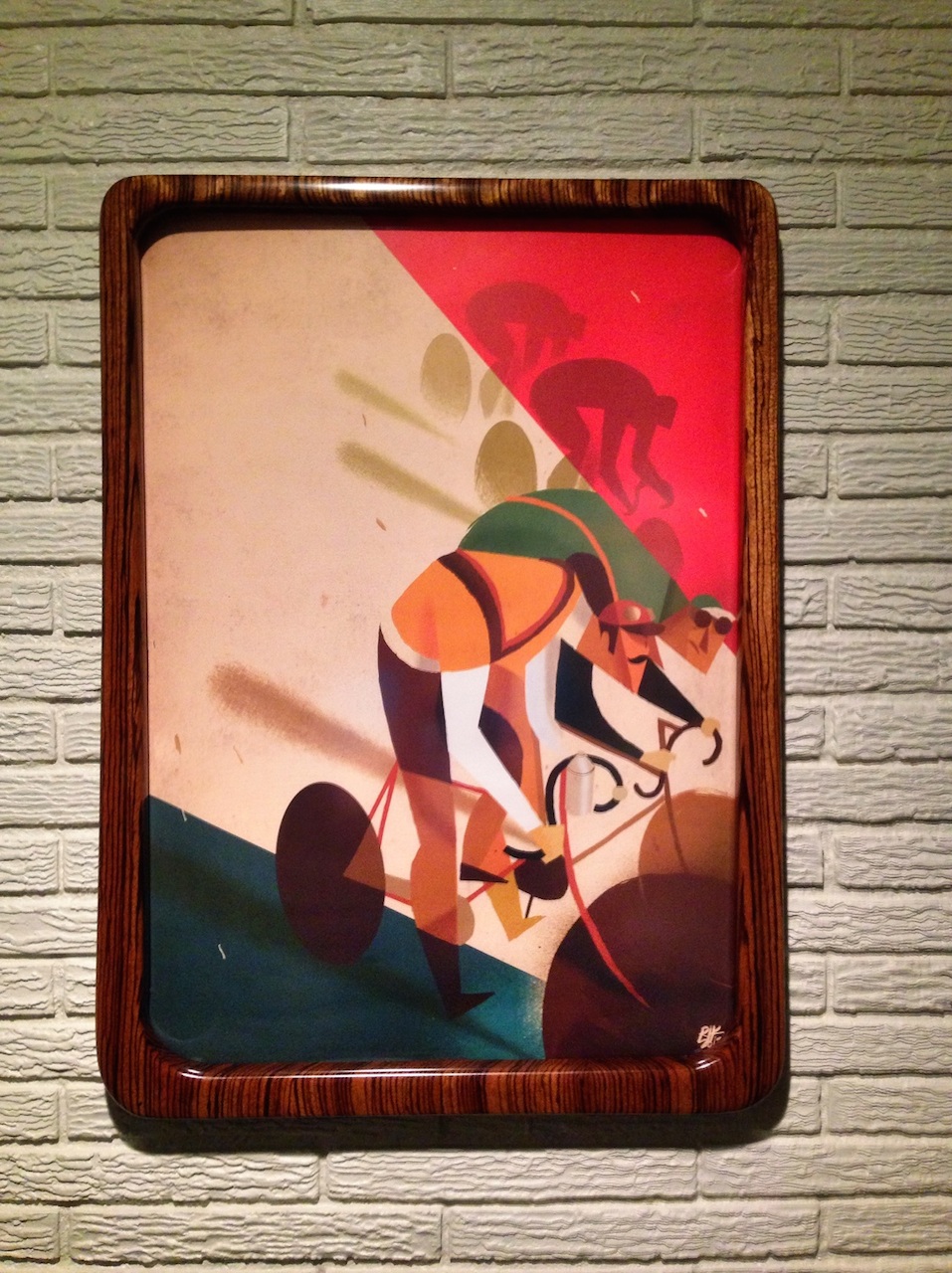 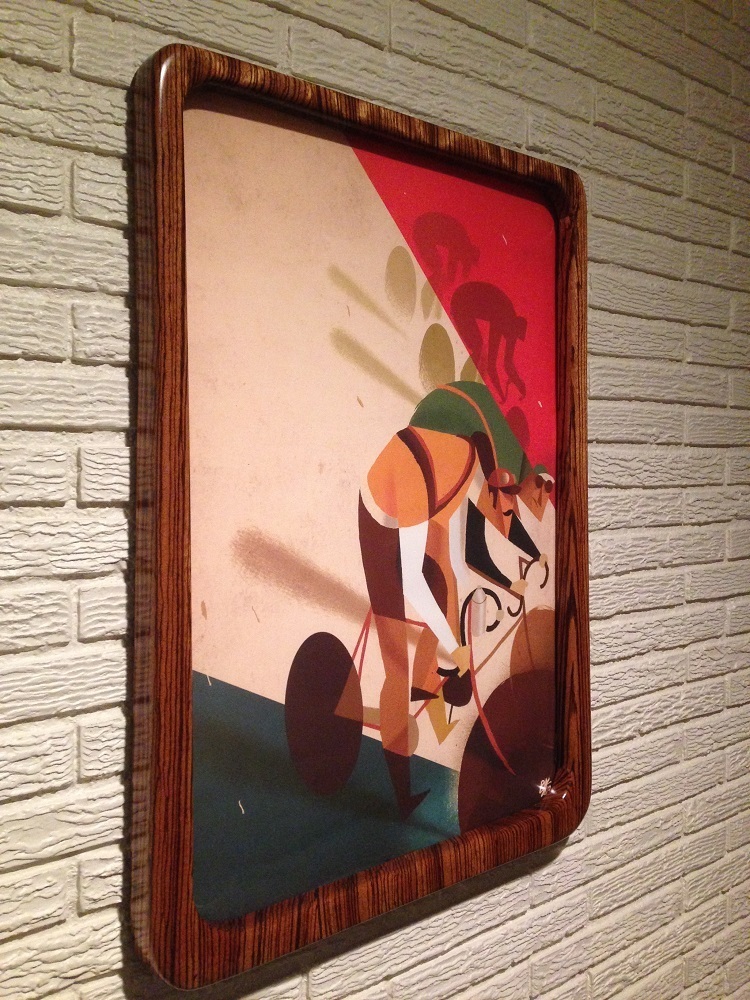 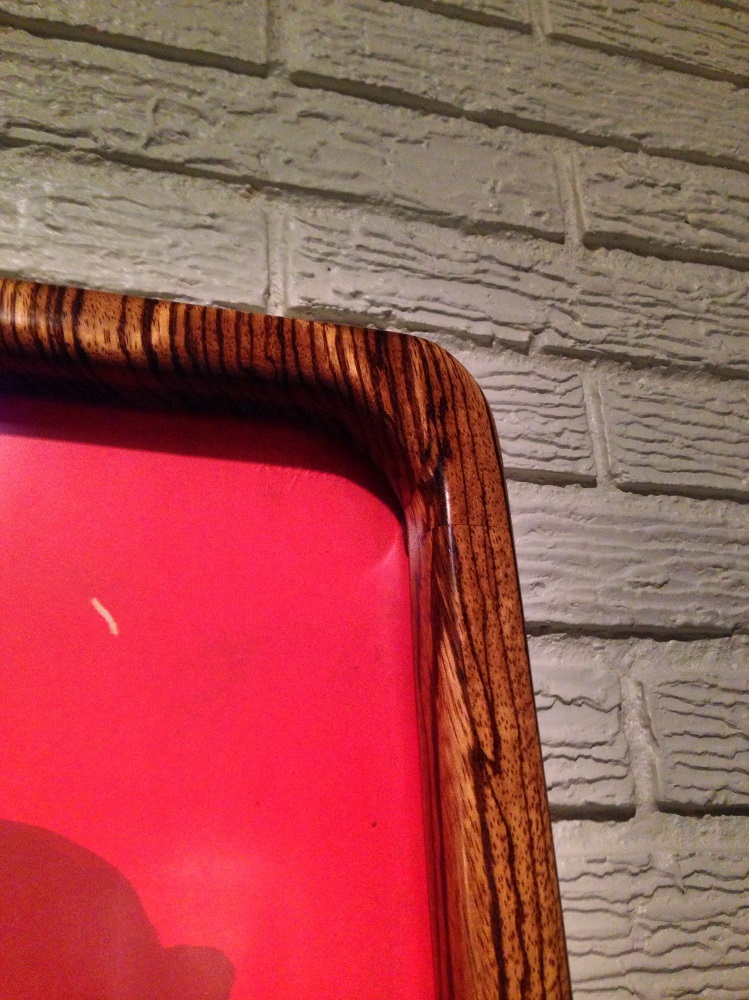 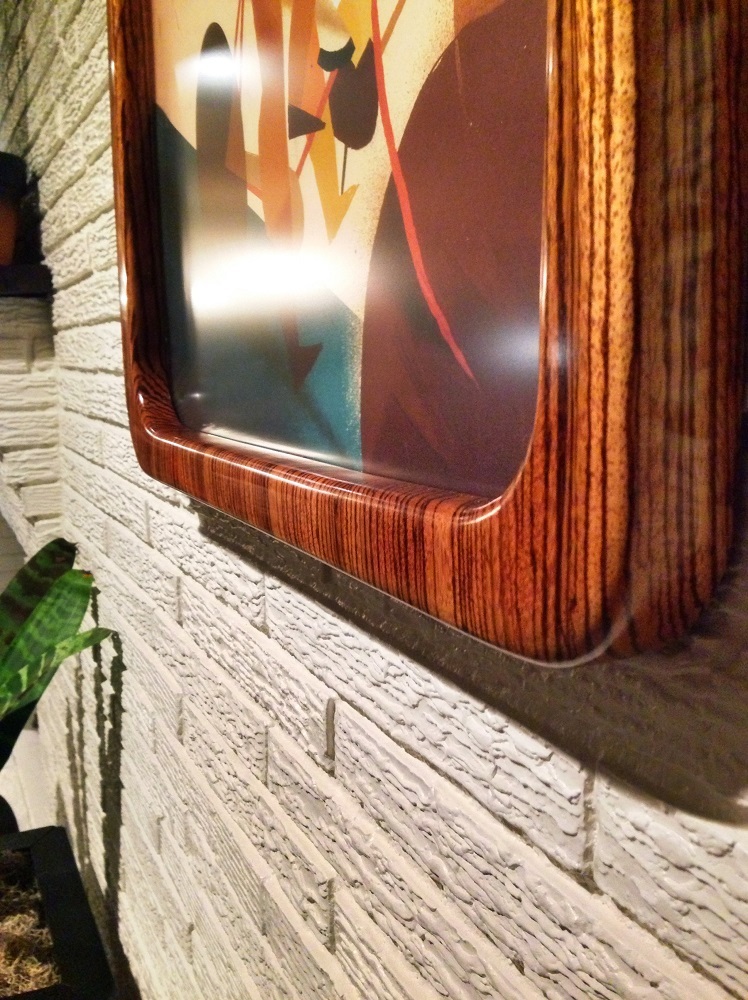 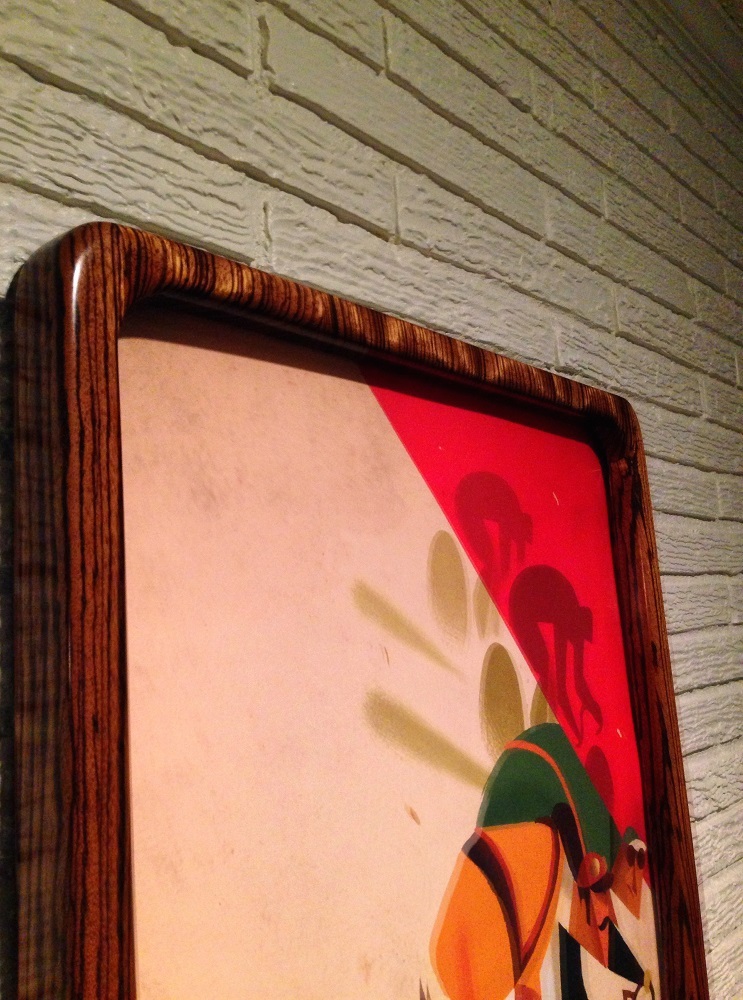 Sometimes we see that special something that just inspires us. Such was the case for me with a certain poster. When not at my real job or working in the shop, I like to spend time outdoors cycling. Last year to commemorate the 100th anniversary of the Tour de France, a cycling company commissioned ten artists to each produce a limited edition poster that reflects their interpretation of each decade of the tour. I fell in love with the poster by Riccardo Guasco commemorating 1913-1923. The colors were so bold and the style so simple, yet sophisticated. I knew I needed to make something fitting in which to house it.

My design process began by researching both the architecture and furniture design used in that period. I was searching to find a balance between something that could stand in its own right and complement the piece, yet not distract from it. I settled on zebrawood for its prominence in high-end design at the time and its uniquely beautiful pattern. I wanted to design something as unique as the print itself. As I examined the print, I was drawn to the shape of the riders on their bikes, which I viewed as forming something akin to a trapezoid. I went through a number of iterations of designing a frame with a trapezoid outer shape with a standard rectangular inner shape. I was never quite satisfied with the balance. Then a spark went off, and I decided to make the top and bottom match the respective thickness of the side where they each met the side. I really liked the look, but it was a bit too harsh. Studying the picture again, I realized the curve of the wheels reduced the harshness of the trapezoid and made the form more organic. Once I incorporated curves along each of the edges, I knew I had my design complete.

I spent considerable time trying to determine how to make the piece look natural despite the very contrived shape and distinctive grain pattern of the zebrawood. I decided it would be best to make the frame look as though it was a single piece of wood, with no apparent seams or changes in grain pattern to distract your eye. I needed to build the frame from one piece of lumber to ensure consistency in both color and grain pattern throughout. I spent hours drawing out on the board where each piece would come from and finding grain patterns that would match the piece where it was connecting. I cut the sides first because of the length of each one. After that I turned to the top and bottom pieces. To keep the grain direction consistent throughout the whole frame, the top and bottom pieces had to be cut from the width of the board, which was only about 4 1/2″ at that point. Both the top and the bottom of the frame ended up being made out of four pieces each that were joined together using mortise and tenon joinery. Thanks to the striped pattern of the wood, I was able to make almost every joint hard to discern.

For the finish, I chose Liberon Finishing Oil, with around 12 coats in total. Each coat was sanded in, which built a nice slurry that slowly filled the grain. Each coat sat for about ten minutes allowing the slurry in the pores to harden enough to not be removed when wiping the rest off. I used a single grain of sandpaper for each coat, beginning with 320 grit, working up to 4,000 grit.

I am pretty happy with how the piece turned out. I think it achieved my goal of being able to stand on its own and complement the print, yet not distract from it. I also treasure the piece as it was the first one I built in the shop at our new house.